How could assessment & accountability unshackle schools?

Assessment should provide for clear progression and feedback; 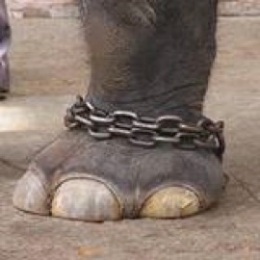 Born into captivity, training starts on the second day in the life of a baby elephant. To break it in, the 120kg baby is repeatedly beaten with a hook. Fear and pain finally make it give up all resistance and accept its fate. Shackled into footchains, the adult elephant weighs 10 tons and is hundreds of times more powerful than its human keeper. But its mind-forged manacles cage it into its own captivity.

Last post, I wrote an indictment of how assessment used for accountability straitjackets teaching and shackles learning. This post, I want to explore how those shackles might be removed, and how we might rip off our straitjackets. Like captive elephants, we are complicit in our own captivity.

There are two questions to answer. What could the national accountability system do about this? And how could schools use summative assessment for pupils and parents?

Compelling research evidence shows that robust accountability is important in driving up attainment. But two cast-iron laws of metrics provide useful caveats here: Goodhart’s “When a measure becomes a target, it ceases to be a good measure”; and Campbell’s: “the more any quantitative social indicator is used for social decision-making, the more subject it will be to corruption pressures and the more apt it will be to distort and corrupt the social processes it is intended to monitor.” So, to what extent will the new accountability regime avoid the perverse incentives and unintended consequences of APP? Briefly, there are three ideas:

Ofsted now publishes school data on attainment, progress, attendance and closing the inequality gap, and comparisons to similar schools. The DfE has published four times as much data on headline attainment and progress measures in performance tables, and is set to warehouse still more online. To the extent the comparisons are valid because the baseline data is robust and the schools are similar, this transparency will help parents and governors, increasing direct accountability.

The current floor standard of 5 A*-C focuses schools excessively on the C/D borderline to the detriment of other students. The proposal would be an average points score across 8 subjects measured by progress from a KS2 baseline. Whilst much more complex, multiple measures are harder to game, and this recognises not only achievements of all pupils, but also the value a school is adding from their starting point. The trouble is, as soon as this metric becomes a threshold, it falls prey to Goodhart’s law; and whether baseline data is robust enough is doubtful.

GCSEs are currently used to measure the performance of pupils, schools and the country. The problem is that multiple purposes of an assessment overload it and make it dysfunctional. GCSE’s have become politicised, used more as a measure of the success or failure of the ruling political party than an aid to teachers. Instead of GCSEs, new tests, independent of qualifications, school accountability and government, will track national standards over time, using respected international tests such as PISA. By removing one of the overloading uses of GCSE data from the assessment, this will reduce strain on their design. It will be clearer whether a rise in national results at GCSE shows that pupils’ understanding of key subjects has improved, or that schools have adapted their teaching based on the particular qualifications in the headline measure. There will also be less governmental and exam board incentive to reduce rigour in the qualifications.

Overall, these proposals seem to be tackling existing problems whilst reducing the probability of unintended consequences. My main caveat is around the rigour and reliability of the KS2 baseline. So, with the removal of perverse incentives, it’s up to schools to unshackle their mindsets. 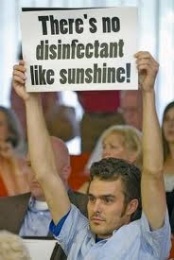 Transparent data is the best accountability.

Schools now have an opportunity to unshackle assessment.

Over half of England’s schools are now academies. These schools have the option not to follow the National Curriculum. Indeed, national levels have never been compulsory nor statutory. Almost all of the academies and free schools I know are now considering the question of what to do about assessment and progression. ‘Is there an alternative to national levels?’ they are asking: ‘What do we do about reporting and accountability?’

Given that national levels are counterproductive, I asked in my last post, why aren’t schools casting off the manacles of levels? Although the inspection regime and league tables are big reason, an underlying reason is lack of time, capacity and frankly imagination to construct a new whole-school assessment and progression system. It is our mind-forged manacles that cage us, as Blake imagined, and our schools are like captive elephants. As this teacher says: “We are like prisoners abandoned in a cell for so long that they no longer need to lock the door. Rattle the cage and we might discover that the door swings open and the warders have left.” It is time to rattle the cage. 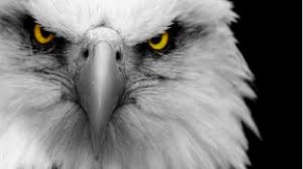 School assessment must provide for clear progression and feedback.

What is progress? A straightforward definition of what is meant by genuine progress in primary and secondary school is deep subject-specific understanding of core concepts, towards enduring mastery of the key skills in the subject. National models of progression should be based strongly on international evidence and comparisons with the world’s best-performing school systems, otherwise England risks slipping behind.

With 30 years of expertise in transnational assessment comparisons, Tim Oates notes that ‘a distinctive feature of the high-performing systems is a radically different approach to pupil progression, as a fundamental rather than surface element’. Achievement is interpreted in terms of the power of effort rather than the limits of ability; deep engagement with subject matter leads to deeper understanding. This mastery model is concerned with securing understanding by all pupils prior to moving on to the next set of learning objectives. A ‘ready to progress’ threshold helps secure high standards for all through targeted intervention. Assessment is not first and foremost for accountability but the bridge between teaching and learning for improving instruction.

Take a leap: assessment as a bridge between teaching and learning

Carol Dweck’s research shows how a mindset focused on effort and practice rather than talent and ability leads to more enduring achievement. Belief in effortless success leads to fear of effort and failure, but belief in hard work and resilience in setbacks unleashes attainment. School assessment should not focus on labeling talent and categorising fixed ability, but rather emphasising hard work, overcoming tough challenges and cultivating a growth mindset in students.

Combining Oates’ and Dweck’s research suggests a mastery model for summative assessment in schools. How is it that 17% of school leavers leave English schools functionally illiterate, and 22% leave school functionally innumerate, according to 60 years of research by Sheffield University? Year on year, pupils’ lack of fundamental skills is not flagged up, and they continue to proceed through school without knowing the basics of times tables or reading, inhibiting their progress: if you can’t multiply or read, you can’t learn much else.

A mastery model of assessment works something like this. The curriculum* is sequenced to focus on a much greater depth of concepts, which are rigorously checked for deep understanding. All pupils are expected to master all the concepts in assessments, and there is no room for underachievement, as any pupil that does not master the content is entitled to precise support and targeted intervention: so as a pupil, for instance, by the end of the year, if you have not understood all the concepts required to make expected progress, you would stay in for summer school, and your teachers would ensure you understood them all deeply. Parents are crystal-clear on whether their child has achieved the high expected threshold in each subject. Such assessment is designed to tackle the long tail of underachievement.

Mastery is precisely the approach taking by Singapore and other world-class jurisdictions. To some extent it is also home-grown; ARK academies are pioneering Mathematics Mastery assessment in England, which is being evaluated by randomized controlled trials from the Education Endowment Foundation. King Solomon Academy in London is going even further down the mastery curriculum and assessment. KSA has hired as Deputy Head of Maths Kris Boulton, the person who has been thinking most deeply about the sequencing of the school Maths curriculum out of anyone I know in the education sector, and whose forthcoming book on starting teaching Maths is out this summer. Michaela Community School, a free school to be set up in Wembley in 2014, is creating a mastery model for English and the Humanities. The Curriculum Centre, Pimlico, Pimlico Primary and Jerry Collins’ new free school with ARK are also looking to pioneer mastery models of assessment in the state sector. Does anyone seriously think it will damage their pupils that they won’t have APP grids and numerical labels?!

In the iconic film The Matrix, the choice offered by Morpheus is between the red pill and the blue pill. The blue pill is chosen by Cypher: preferring not to know, his mindset is that ignorance is bliss. The red pill chosen by Neo takes him to see just how deep the rabbit hole goes. Similarly, schools now have two options: the unthinking status quo of national levels, or rethinking their assessment system from first principles. Can we kick our addiction to levels? Can we unshackle ourselves from our mind forg’d manacles, and escape the unguarded cells we’ve kept ourselves in?

Ignorance-is-bliss with the blue pill; or down-the-rabbit-hole with the red pill?

In a school-led system, we would take matters in our own hands. We would design an assessment and progression system that actually works for pupils and teachers. We would send out a rallying cry: “Educationalists of England unite! You have nothing to lose but your chains”.

*Footnote: Above all, assessment should be used to improve learning. This ultimately depends on clear curriculum progression. Unless the curriculum is crystal clear on what must be understood within subjects by all pupils, end-of-unit assessments cannot coherently measure pupils’ progression in subject understanding over time. Teachers, especially in humanities subjects, require a formidable clarity on how the assessment criteria relate to exemplar work. Effective summative assessment inevitably depends on a coherently sequenced curriculum, well-prioritised teaching, and highly effective training, all of which I will be posting on over the coming months.

24 Responses to How could assessment & accountability unshackle schools?