Why isn’t our education system working? 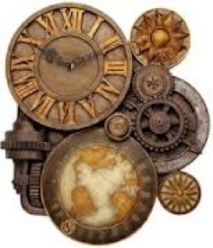 ‘Educational inequality is the civil rights issue of our time’

In 1807, radical journalist William Cobbett used an analogy to suggest that, just as his hunting dogs in training had lost the scent because he’d laid a false trail of red herrings, politics had become distracted. Some two hundred years on, the same could be said of the English education system and the fierce debates it often finds itself embroiled in: for trainee teachers, it’s a trail littered with red herrings.

One of the things that has most surprised me since starting as a trainee teacher is the sheer number of misleading diversions, which seem to distract us from what matters most: improving teaching and learning in schools and classrooms. Here are some examples of those debates that create more heat than insight: whether to implement performance-related pay; whether to impose longer school days and shorter school holidays; agonising about who’s in or out of the national curriculum in history; pursuing 21st century skills rather than 19th century facts; abolishing or establishing more grammar schools; soothsaying about whether tablets will transform textbooks; arguing over whether the autonomy enjoyed by academies or free schools is sufficient or extravagant. All these are seemingly plausible, but ultimately irrelevant questions for improving education. 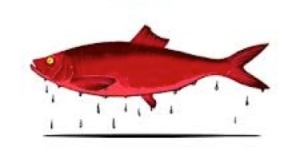 On confronting deep-rooted problems like educational inequality, Henri David Thoreau used this metaphor: ‘for every thousand hacking at the leaves, there is one striking at the root.’ So rather than debating questions in education that hack furiously but ineffectually at the leaves, we might strike cleanly at the root if we ask this one question: why isn’t our education system working? Let me summarise my thinking on this blog so far. 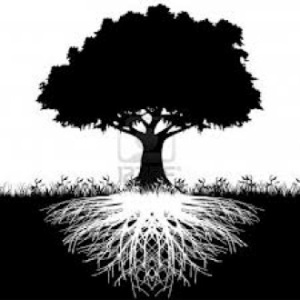 How our education system isn’t working

One in five school leavers in England leave school functionally illiterate and innumerate. Two in five leave without five C grades at GCSE. The gap in GCSE attainment between those in the poorest families and their wealthier peers is 25%. In 21st century England, the travesty is that poverty restricts social mobility.

It doesn’t have to be like this. In the best schools in England, there is no attainment gap between poorer and wealthier pupils at 16. In the world’s best school systems, less than one in ten leave school without a passport to a career or further education. None leave school without being able to read and write. Deprivation doesn’t have to be destiny. Schools, and school systems, can – and do – make the difference. To cut to the core of why our system today does not, let’s diagnose the problem more deeply.

Why isn’t the education system working?

In England, the non-negotiable priorities for an excellent education system are nowhere near strong enough. Retention of teachers, especially in the toughest schools, is too low. Many a school curriculum is not fit for purpose. Assessment is unhelpful for improving academic achievement. Teacher training is not robust enough. None of these priorities for effective teaching is premised on how pupils learn.

The curriculum, assessment and training are at the core of what and how we teach, central to improving classroom instruction. Far from being red herrings, these are the beating heart and vital organs of any education system, organs that do more than anything else for the life and soul of teaching and learning. 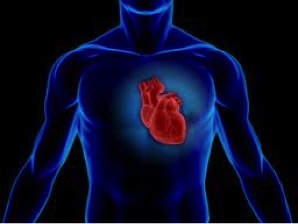 At the heart of it…

Almost half of all teachers training in England leave the profession within five years. In schools in low-income communities, it is often 50% every year. In stark contrast, in the world’s best performing school systems, teacher turnover is minimal. In Singapore, for example, turnover is 3% a year; in Finland, it is 2% and in South Korea just 1% (McKinsey 2010 p24). In terms of closing the attainment gap between the poorest and wealthier pupils, there is no more important factor than teacher retention. As Sir Peter Lampl, Chairman of the Sutton Trust says, ‘the most important factor in inner-city schools is how you get good teachers into those schools in the first place and get them to stay there’. But Smithers and Robinson found that in England ‘the more challenged secondary schools are more likely to lose teachers to other schools’ (Great teachers 35). Anecdotally, I met a teacher this week who told me that in her inner-city school in special measures, the turnover is 90%. Low retention is a key reason education in England isn’t working. 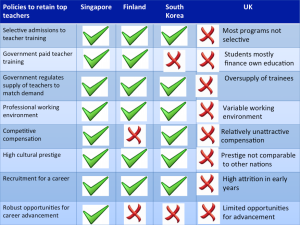 Digging deeper, the chief culprit for such shockingly low retention rates is disruptive behaviour. Every teacher knows that the most stressful, exhausting and often demoralising part of the job is confronting disruption. 90% of teachers surveyed report dealing with disruption. A DfE survey showed that 60% of teachers felt bad behaviour was driving teachers away from the profession, a distressingly high number. Until we strengthen behaviour systems in schools nationally, retention rates are likely to remain low. Beyond behaviour, Christopher Waugh on the March #blogsync has collated 28 teachers’ perspectives on why so many teachers leave the profession within 5 years.

As Siegfried Engelmann says, ‘the curriculum is the difference between failure and success in education’. But the secondary curriculum in English schools is not strong enough to raise the bar and close the gap in GCSE attainment. I don’t mean the intended National Curriculum, although its lack of substance and specificity since 2007 has played a part in the neglect of rigour: for instance, neither the 2007 nor the proposed 2014 English curriculum specifies a single literary text. I mean the enacted school curriculum: what actually gets taught in classrooms. Schemes of work in schools are admired based on how relevant and engaging they are as opposed to how rigorous and challenging they are. In principle, there is no trade-off between relevance and rigour; in practice, there is all the difference in the world: the difference between teaching transient vampire books or transcendent Victorian novels.

It is unsurprising that our school curriculum lacks rigour nationally, since OFSTED criteria and inspections dictate the terms of engagement and relevance above all else. Take, for instance, their framework for an outstanding English curriculum: media, ICT, cinema and film are all given lavish mentions, but astonishingly, neither grammar, nor novels, nor spelling gets a single mention. In lesson descriptions across the 9 most recent OFSTED subject reports in core subjects, lessons praised as best practice involved using plasticine, paint, Mr Men, baby mice as party guests, fizzy drinks, soap operas, school uniform, angels, fairies, and dressing up. If entertainment is what OFSTED recommends, this is what the curriculum in schools nationwide will aspire to, but it will do little to improve quality of teaching and academic achievement.

Teachers in state schools cannot focus on helping their students to improve in their subjects, because they are overburdened with assessment for accountability, resulting in narrow exam drilling. Meanwhile, assessment for improvement has been hijacked by gimmicks, distorted by enforced school mandates, and captured by counterproductive government policy that cost £150 million. In the last decade, schools have caged themselves into the unhelpful assessment and progression regime of national levels, and lack the time, capacity and willpower to redesign it. Yet without a radical overhaul, assessment will continue to inhibit students’ deep understanding in subjects.

Schools in England spend just 0.5% of their budgets on CPD, according to the Teacher Development Trust. In contrast, in the world’s best school systems like Ontario, Canada, over 10% of school budgets and teacher time is spent on CPD. Research shows that barely 1% of CPD training is improving classroom practice effectively in English schools.

Neither ITT nor CPD are focused on research-based effective teaching practices. At the root of this is not structures but ideas. Practical ideas on how to teach that work remain marginalised: direct instruction, cognitive science, the core knowledge curriculum, mastery assessment; none feature in ITT or CPD. Distracting ideas like BrainGym, learning styles and multiple intelligences are discredited but still foregrounded. The understandable reaction of new trainee teachers to such ineffective ITT provision is frustration and resentment. Teacher training trains teachers in ineffectual ideas, which to me is a major reason why our education system isn’t working.

If we were to have a world-class education system, our curriculum, assessment, training and retention would excel. Instead, they flounder. My argument on this blog is that it is the ideas underpinning these vital areas that are misguided and ineffective: ideas, moreover, still propagated by OFSTED and many teacher-training agencies. Until and unless we improve them, teaching quality in our schools will plateau, and school leavers will continue to leave illiterate and innumerate, with the poorest worst hit. 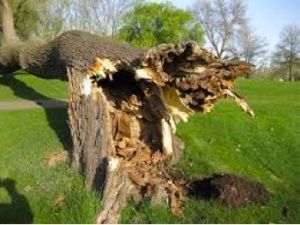 But if we uproot ineffective ideas on behaviour (see these posts), the curriculum, assessment and training, then the deep-rooted but rotten trunk of inequality in education will fall. Over the coming weeks, I will be posting on the curriculum and training, as well as what shores it all up: school leadership. Avoiding red herrings and focusing on what works best is vital as we work towards a great education system.

17 Responses to Why isn’t our education system working?