Which ideas are damaging education?

“Education must resolve the teacher-student contradiction, exchanging the role of depositor, prescriber, domesticator, for the role of student among students.”

Paulo Freire, Pedagogy of the Oppressed, 1968

In their early encounters with Westerners, Pacific islanders saw cargo being delivered to islands from the sky. What seemed to them to draw in cargo were headphones, handsignals and landing strips. To attract deliveries of goods, they set up ‘cargo cults’ to build crude imitation landing strips and mimic the handsignals they observed of the people operating them, using coconut shells as headphones. They were then puzzled when the goods failed to materialise.

Some time in the late 20th and turn of the 21st century, the educational establishment in England took a historic and disastrous wrong turn. Knowledge became mistrusted as limiting and elitist. Facts were branded as useless for the future economy and obsolete due to new technology. Teacher-led instruction was pilloried as passive, boring and ineffective. Subjects were denoted as oppressive constructs and arbitrary middle-class inventions that risked indoctrinating students, reproducing hegemonic values and entrenching social inequalities. So runs the argument of a new book published next week, Seven Myths about Education, which this blog post summarises and reviews.

The alternative recommended by educationalists, this book continues, was to teach transferable skills, ideally through independent projects. It traces these ideas back to admired education theorists John Dewey and Paulo Freire, all the way up to their modern-day inheritors Guy Claxton and Ken Robinson. Today, Freire’s books have sold 1 million copies, and Sir Ken Robinson’s videos on TED and Youtube have had over 30 million views. The RSA’s Opening Minds competency curriculum is inspired by this philosophy and is taught in over 200 schools in England. The influence of these ideas is unquestionable. The inheritors have seized the mantle of trailblazing progressives and announced themselves as pioneering innovators.

Given the history of education, all this seems like a puzzling historical accident: how had facts and knowledge become so tainted? For there is another tradition of egalitarian educationalists brought to light by this book, for whom knowledge was not indoctrination, but liberation. Marxist critic Antonio Gramsci wrote in 1923 that it was precisely a move away from knowledge-led instruction that would ‘perpetuate and crystallise social differences’. For labour leader Robert Tressell in 1910, knowledge was not middle-class:

Civilization – the accumulation of knowledge which has come down to us from our forefathers – is the fruit of thousands of years of human thought and toil. It is not the result of the labour of the ancestors of any separate class of people who exist today, and therefore it is by right the common heritage of all.

The extraordinary working-class efforts in the late 19th and early 20th centuries to gain knowledge through great literature documented by Jonathan Rose in his book, The Intellectual Lives of the British Working Classes, belie the notion that high culture somehow belongs to an elite. 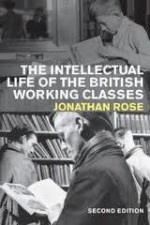 Similarly, the little-known story of Siegfried Engelmann is of another egalitarian educationalist whose astonishingly effective method of instruction achieved excellent results for disadvantaged pupils, but whose ideas seem to have been systematically silenced by the educational establishment. Likewise, the story of E.D. Hirsch is revealing. Hirsch realised that knowledge builds on knowledge: the more pupils know, the more they learn, but poorer pupils lack the cultural capital to achieve academically. Motivated by a burning sense of injustice, Hirsch’s curriculum is built on the idea that ‘cultural literacy is the only sure avenue of opportunity for disadvantaged children and combating educational inequality.’ The unprecedented success of the state inspired by his ideas, Massachusetts, shows that knowledge works. These egalitarians argue that knowledge isn’t elitist; what’s elitist is withholding it. Knowledge is liberating, and these educators working towards equality and progress know that.

So how have we got to the puzzling situation where many modern progressives have aligned themselves with ultra-elitists in restricting high culture to the elite? It’s too simplistic to laud ‘traditionalists’ and blame ‘progressives’. The puzzle of how knowledge became toxic is better explained like this: it’s postmodernism, with all its scepticism of the value of truth and knowledge, rather than progressivism, that is the culprit.

The author of this new book, Daisy Christodoulou, is fired up by the same egalitarian impulse as Gramsci, Engelmann and Hirsch. Far from being a crusty old traditionalist who yearns nostalgically for an elitist golden age, the author has spent her twenties teaching in inner-city comprehensive schools, working against educational inequality. Her book is essential reading for anyone in education who wants to fully understand what’s at stake in education reform today.

Much of the heated disagreement in education seems to be over structures. As the introduction points out, ‘both left and right prefer structural solutions to education problems’. Over a decade of reform has focused on governance. Instead, this book shines the spotlight on what matters most: what actually gets taught in classrooms, and how it gets taught. Amid all the red herrings in the educational thoughtworld, this focus on ideas rather than institutions is refreshing.

In its focus, this book recasts the debate on knowledge and skills, away from the resort of dismissing it as ‘false dichotomy’, or politicising it as a ‘Trojan horse’ for right-wing or left-wing ideology, to being a vital issue for education reformers tackling inequality. In this view, knowledge and skills cannot be separated, a bit like, in Hirsch’s analogy, scrambled eggs.

You can’t make an omelette without breaking a few eggs

Over seven chapters, a powerful critique emerges of the educational status quo as it exists today. Hugely erudite and mercifully jargon-free, it’s a riveting attack on received wisdom. Lucid prose and sharp anecdotes reverberate with indignation:

‘After I’d been teaching for three years, I took a year out to do further study. I was shocked to stumble across an entire field of educational and scientific research which completely disproved so many of the theories I’d been taught when training and teaching. I wasn’t just shocked; I was angry. I felt as though I’d been led up the garden path. I had been working furiously for three years, teaching hundreds of lessons, and a whole lot of information which would have made my life a whole lot easier and would have helped my pupils immeasurably had just never been introduced to me. Worse, ideas which had absolutely no evidence backing them up had been presented to me as unquestionable axioms… My central argument is that much of what teachers are taught about education is wrong, and that they are encouraged to teach in ineffective ways’.

The book exposes the following ideas as pervasive but ineffective in our education system: that facts are unhelpful; that teacher-led instruction is passive; that the 21st century makes knowledge unnecessary; that technology makes memory obsolete; that we should teach transferable skills distinctly; that projects are more effective than subjects; and that knowledge is indoctrination. All share modes of thinking similar to the primitive cargo cults on Pacific islands. They look at how experts, scientists or historians learn, work or think, then try to replicate their transferable skills, independent thinking, and project-based approach. But this is about as effective as using coconut shells to get cargo from the skies:

‘I share the aims of many of the people whose methods I disagree with. But the methods we are currently using to achieve these aims simply do not work. The main reason why they do not work is because of a misguided, out-dated and pseudoscientific stigma against the teaching of knowledge’. 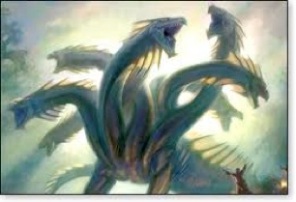 Taken together, these myths act as a seven-headed hydra, whose heads regenerate, rear themselves over decades of discussions over teaching, and according to the author, ‘damage the education of our pupils’. The logic builds its momentum to a striking crescendo:

‘The fundamental ideas of our education system are flawed. When one looks at the scientific evidence about how the brain learns and at the design of our educational system, one is forced to conclude that the system actively retards education’.

This upends the education debate. Seven Myths gathers the evidence from cutting-edge cognitive science about the vital importance of knowledge in memory and cognition to uproot an entrenched status quo and concludes: ‘there is nothing elitist about powerful knowledge: what is elitist is the suggestion that such knowledge belongs to an elite… It’s sometimes said that those who want to teach knowledge want to take us back to the 19th century. In fact the reverse is true. It’s those who don’t want to teach knowledge who want to take us back to the 19th century. For when we consider the 19th century, we see that for many of the elites at the time were extremely reluctant to teach knowledge to the masses, on the grounds that it would make them ‘refractory and seditious’. Combining historical analysis with modern scientific research, this should strike a resounding chord with anyone who wants to see education become more equitable.

The author is uncompromising in confronting the predictable challenges to this argument. But how do we decide what knowledge to teach? Why do pupils need it anyway? Who is to say which knowledge to teach? How do we ensure it’s not biased or unrepresentative? How do we decide which disciplines and which concepts pupils should learn? What about the concerns over facts that are inappropriate or irrelevant? These concerns are comprehensively rebutted in the final chapter, thoroughly debunking the notion that knowledge indoctrinates rather than liberates: ‘If we fail to teach knowledge, pupils fail to learn. Unless we place the powerful and liberating force of knowledge at the heart of our education system, our education system will continue to fail our pupils and to deepen inequality’.

Just how sound is the research that this book is built on? It’s water-tight. Comprehensive, reliable and significant evidence of modern teaching practice across 228 lessons descriptions from the 9 most recent OFSTED subject reports in Maths, Science, Religious Education, Art, History, Geography, Modern Foreign Languages and English establishes a firm bedrock. The historical analysis of the long theoretical and practical pedigree of each myth is credible and authoritative. The synthesis of decades of scientific research is diligent and scrupulous. Great lengths have been taken to amass an impressive array of evidence that these myths, far from being straw men, are dominant, dangerous and damaging.

History is littered with unfulfilled prophecies. So it’s probably best to leave predicting the future to the soothsayers and crystal-ball gazers. I’m no futurologist, but I will go so far as to speculate that this book from Daisy Christodolou is likely to cause consternation in the educational establishment and change minds in the teaching profession over the next few decades. I’d be fascinated to hear from my colleagues who are ardent advocates of the skills agenda as to whether this book sets out a compelling enough case for them to consider taking up the cause of powerful knowledge in the curriculum.

Next week in this blog, I turn to this controversial area of the curriculum, and explore the implications of the importance of coherent, cumulative knowledge.

Seven Myths in Education is out on Tuesday 18th June on Amazon Kindle, and available via the free Kindle app on iPhones, ipads, Macs, PCs and android smartphones.

Daisy Christodoulou and Guy Claxton are speaking on the same panel on Friday 21st June at 2pm at the Wellington Festival of Education.

3. The 21st century fundamentally changes everything

Reality: In a knowledge economy, knowledge is a prerequisite for innovation

5. We should teach transferable skills

6. Projects and activities are the best way to learn

7. Knowledge is not indoctrination

School leader
View all posts by Joe Kirby →
This entry was posted in Education. Bookmark the permalink.

31 Responses to Which ideas are damaging education?