In this second of three blogposts this week, I want to explain why unzipping knowledge and skills is so counterproductive.

When we detach knowledge from skills, achievement suffers. In England, 17% of kids leave school at 16 functionally illiterate: unable to read a daily newspaper, according to research over sixty years by the University of Sheffield. England’s literacy ranking in the PISA international comparison has dropped from 4th to 22nd within a decade. Over 40% of pupils still fail to achieve at least 5Cs at GCSE. Not only does educational achievement suffer, but the attainment gap persists: over 60% of the poorest pupils fail to attain 5 Cs. The gap in GCSE attainment between pupils with parents on income below £16,000 and those with wealthier parents remains stubbornly high at 27%. This is a travesty and an outrage. For the one in six pupils who can’t read, prospects are dismal: they can’t learn anything else. What’s more, that failure disproportionately affects poorer children.

Back in the classroom, one of the reasons for all this was dimly becoming clear to me. By neglecting to teach rigorous content in English, we are ensuring less learning goes on. I have seen this with my own pupils in their writing. The panacea in many English departments is real-world problems, like writing a letter to the headteacher about school uniform. But advanced, extended writing tasks like persuasive letters are complex problems. Complex writing fails unless grammar has been taught, tested and secured. If it has not, students struggle to use accurate punctuation, and all clarity, meaning and impact is lost. Unless the underpinning grammar concepts were automatic in their long-term memory, with their shaky grasp of sentence structure, my students found it incredibly difficult to produce accurate, varied, articulate writing. Failing to teach underpinning grammatical knowledge fails our pupils. 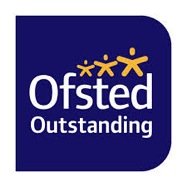 The counterproductive strategy of reducing literary and grammatical content and lionising real-world activities is propagated, inspected and enforced by Ofsted. A casual glance through the English inspection handbook is startling in this respect. In the outstanding category, there is not a single mention of grammar, vocabulary or spelling. Nor are novels mentioned once. Instead, ICT, media, film, cinema, moving images and technological developments all get several lavish mentions in the outstanding category, as well as ‘productive outcomes, involving real audiences and purposes’. That an English department could get rated as good outstanding without teaching spelling, vocabulary, grammar or novels is utterly astonishing to me. But if Ofsted inspect English departments for ICT and film, that is what will get taught. Grammar and classic novels will get neglected. 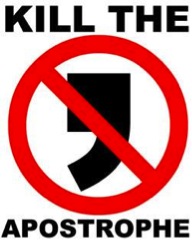 An example of this approach failing is where entire units are given over to skills-based projects. These units in English departments don’t expect much knowledge to be imparted or transmitted. Instead, the ultimate panacea is relevance and real-world skills. For instance, a typical unit would be on short films, and getting them to draw their own storyboard with pictures, captions and speech-bubbles. A much-admired unit on advertising would get students in groups to design, market and pitch their own chocolate bar. Another lauded scheme of work is designing picturebooks for primary or nursery school children, then pitching to publishers why their picturebook would sell. Pupils enjoy these modules. Teachers see increased engagement and bustling activity as a positive. Entire half-terms are spent on them. Whether or not students are building a deep understanding of challenging ideas goes unquestioned. Whether they’ve remembered anything about the content goes unchecked. They get a level assigned and then they move on to the next topic or year, while whether they’ve mastered the core concepts goes unassessed. I found that after these modules, if asked a few months later the most basic questions about what little content there was, pupils had failed to retain the most basic information. Teaching skills alone doesn’t work.

Literature on a leash

Even schemes of work on great literature are under-teaching and under-assessing knowledge. For instance, a unit on The Tempest, A Midsummer Night’s Dream or Romeo and Juliet is much more likely to be assessed on speaking and listening, role-play and drama, or a single scene, than a comprehensive understanding of the plot and themes, or a historical knowledge of Elizabethan or Jacobean preoccupations and the Globe Theatre. It is much harder to teach such comprehensive context and content, much harder to learn, and much, much less often taught and learned. But if you asked a student who I taught A Midsummer Night’s Dream last year at the end of the unit to explain the sub-plot of the mechanicals, or even the main plot of the lovers in the woods, let alone the historical issues of gender inequality and arranged marriage, they wouldn’t have a clue. Still in the mindset of keeping my classroom a fact-free zone, I’d failed to realise how vital it is for pupils to rigorously learn the fundamental facts of the plot, characters, themes and context. Under-teaching knowledge inhibits understanding.

Another area where without knowledge, complex skills disintegrate is in teaching great novels. Take as an example the way we read and teach even short novels like George Orwell’s Animal Farm. This completely baffled my class the first time I taught it to Year 8, because I failed to specify the prerequisite and deep knowledge necessary for an enduring understanding of the text. Any meaningful interpretation sadly eluded my pupils, because they needed contextual, historical knowledge to make their own meanings of it. The context of twentieth century dictatorship, concepts like communism, capitalism, socialism and fascism, and the biographies of Orwell, Churchill, Stalin and Hitler are rarely specified and tested in English departments nationwide while teaching Animal Farm – yet are completely central to a strong understanding of why the novel was written, what it is about and why it has endured. When my class struggles to think critically about a text, it’s often because I’ve starved them of the deep knowledge they need. 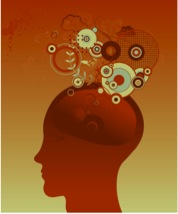 In short, I’ve become increasingly convinced that part of the reason why so many students leave school without being able to read complex writing, as the University of Sheffield research shows, is because they have been taught so little knowledge – and grasped so little of it. All the evidence shows that reading well depends heavily on general knowledge. Over the last three decades, cognitive science has come to a conclusion that is scientifically robust: critical thinking skills require broad background knowledge. This is the reason why teaching abstract skills devoid of facts such as ‘evaluation’, generic strategies such as ‘skimming’ and unchallenging content like celebrities, TV, Twitter and Cirque du Freak doesn’t help academic achievement: the opportunity cost. Whilst students could be studying the most challenging content, reading authors of books with astonishing depth and complexity, and wrestling with their contradictions and ambiguities, instead we feed them an entertaining diet of stuff they’re already interested in. The more time we spend getting them designing their own chocolate bars in English, the less time we have to get them reading, thinking and writing about the greatest texts that has ever been written; texts that have stood the test of time and enthralled literate and (in Shakespeare’s case) illiterate people throughout the centuries and across the continents.

But the opportunity cost argument is even more devastating when you realise that it is widening the already-yawning gap between selective and non-selective schools. I haven’t heard of an independent or grammar school that teaches Cirque du Freak or TV for a whole half-term. So kids that are selected academically get the chance to broaden their horizons, and get into the minds of great writers, whilst kids from disadvantaged backgrounds get their horizons constrained by being taught about what they already know: celebrities, TV and the entertainment industry. Why can’t poor kids benefit from reading Dickens, Orwell and Duffy? Nothing about their writing is inherently elitist. Dickens wrote about poverty and slums; Orwell fought in a civil war as a socialist; Duffy combats gender and class prejudice. There’s nothing elitist about teaching these writers; what’s elitist is reserving them for selective schools. When so few English pupils from poor backgrounds end up at our best Universities, when 16% of Free School Meal pupils get to University compared to 96% of private school pupils, and when millions graduate in India and China each year, this educational injustice seems even starker. This divergence is not uprooting inequality in education; it is entrenching it.

The scientific evidence, my practical experience and nationwide academic results all tell the same story: unzipping skills from knowledge fails. My post tomorrow is on how knowledge should be reintegrated with skills in the English curriculum in schools.

School leader
View all posts by Joe Kirby →
This entry was posted in Education. Bookmark the permalink.

21 Responses to Why teaching skills without knowledge doesn’t work