When I was at University, a running joke was how little we’d all worked on our papers, how late and last minute we’d left them, and how little effort we’d put into them. A couple of things jolted me out of this mindset. International students I knew, from China, India, Europe, Africa and South America, didn’t seem to share English students’ view that slack effort was funny and clever. And my Dad told me that what actually happened at his University was that people boasted publicly about not working, but then worked feverishly in private. The joke was on us.

Beliefs matter; mindset matters; work ethic matters. Kids’ ideas about effort stem from their mindset. The research from Carol Dweck is much acclaimed, and rightly so. If you believe in effortless intelligence, it leads to fear of effort and failure. If you believe in hard work and overcoming setbacks, this leads to success. Mindsets change the meaning of embarrassing mistakes, tough challenges, hurtful setbacks, negative criticism and long slogs into opportunities. They internalise the questions: ‘What can I learn from this? What can I do to improve for next time?’

The promise of the growth mindset is that kids no longer see tough, challenging work as long or boring: they ‘not only seek challenge, they thrive on it’…‘Students with the growth mindset completely took charge of their learning and motivation.’ 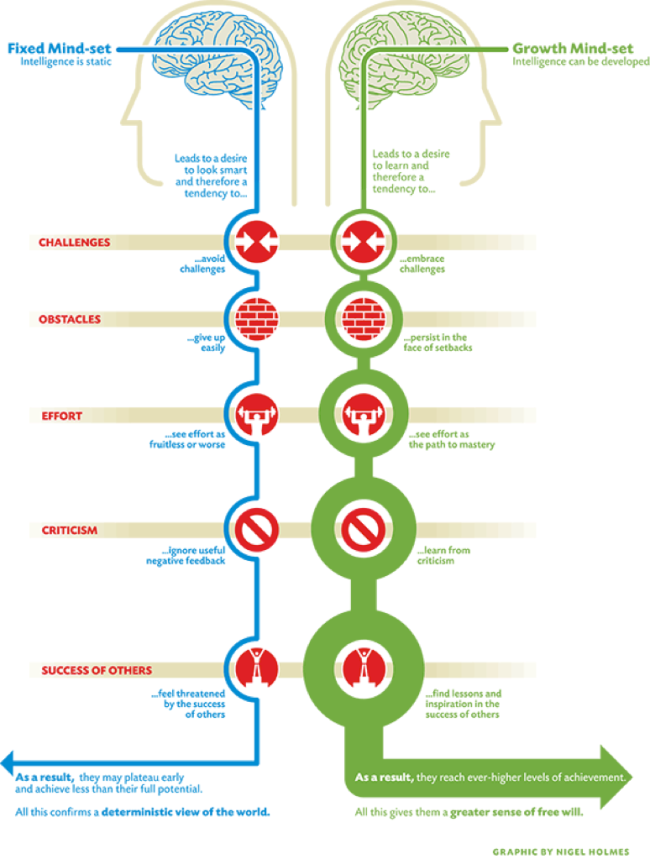 Perhaps the best way to understand this is through a scenario. What would you do in this scenario? You’ve coached a student debating team all year through practice debates. Your team is strong and aim to win the annual competition against other schools. They’ve even imagined taking the trophy home. In the event, your team starts strong but is defeated on points. They are devastated. How would you react as their coach?

Now, which did you choose?

Dwek argues that choices 1-4 don’t help them improve. Instead, she recommends 5:

‘I know how you feel. It’s disappointing to do your best but not win. But you haven’t earned it yet. The other teams have practiced harder. If you really want this, it’s something you’ll have to really work for.’ 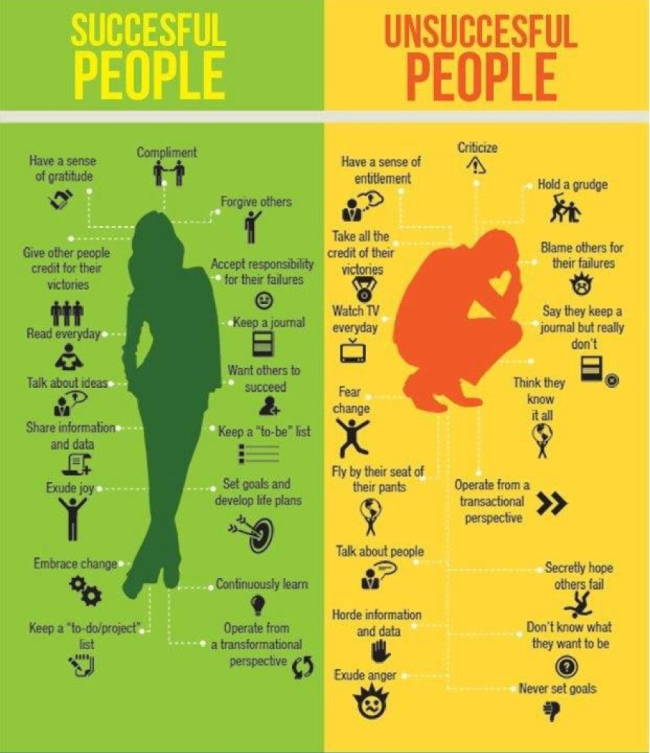 This reveals that you choose your mindset; it’s a choice within everyone’s sphere of control.

And that brings me on to choice architecture.

In their book Nudge, Thaler and Sunstein make the case for us to think about ourselves as choice architects:

‘Choice architects have responsibility for organising the context in which people make decisions. People’s decisions are pervasively, unavoidably and greatly influenced by the design elements selected by choice architects.’

One of the most important choices we are responsible for as teachers and school leaders, is organising the context around the decision every pupil makes on every task in every lesson: ‘do I make the effort on this, or not bother?’

One of the greatest design tools a choice architect is understanding cognitive biases. A comprehensive list of fifty is available in the book, The Art of Thinking Clearly: I’ve summarised the key biases that teachers seem to fall into on posts here and here.

One of the greatest cognitive biases in pupils’ minds is status quo bias, or the default effect. Inertia is sticky: we tend to go with the status quo. Here’s how Thaler and Sunstein explain it:

‘Status quo bias is the preference for inertia. Research shows that whatever the default choice is, many people stick with it. Teachers know students tend to sit in the same seats in class, even without a seating plan.

‘The default option is perceived as the normal choice; deviating from the normal choice requires more effortful deliberation and take on more responsibility. These powerful forces guide the decisions of those otherwise unsure of what to do.

‘Never underestimate the power of inertia. That power can be harnessed’.

An excellent example is organ donations. There’s a shortage of organ donors: only about 40% of people opt for it. But when asked whether people wanted to actively opt-out of organ donation, the take-up increased to 80%. Opt-outs as default options are powerful. Because we have such a strong tendency to stick with the way things are, by changing the default setting, you can change a lot.

Behavioural economists and cognitive psychologists are finding how much anchoring matters. Anchoring guides and constrains our thinking. Once your mind is hooked onto the anchor, it’s much harder to stray away from it. Kahnemann in Thinking Fast and Slow gives this demonstration:

‘What if I said Gandhi was 144 when he died, then asked you, how old was Gandhi when he died?’ People’s average answer was over 100; in reality, Gandhi died at 79. The unreasonably high anchor hooked them in to a higher number than was probable.

Combined, the promise of the growth mindset with the effect of anchoring, the default option and status quo bias could be powerful for increasing pupil motivation in schools.

So how do we anchor the growth mindset on challenge, effort and setbacks as the default option?

How would you know when a school has succeeded in growth mindset? I’d argue that when it’s become the default option for every pupil, the school is on autopilot to achievement. You’d go in to any classroom at any time and every kid would be on task on every task.

Motivation isn’t just up to school leaders and teachers, though. Over the next two weeks I’ll consider the crucial roles peer pressure and parental priming play in anchoring the growth mindset as the default option.

16 Responses to Motivation and mindset anchoring