England, Champions of the World

I was 18 when England won the Rugby World Cup. Watching Jonny Wilkinson’s tournament-winning drop goal in extra time in the final at the Telstra Stadium, Sydney, Australia, from 4am in the morning in London, with 50 school friends leaving school that year, was one of the most exciting and memorable moments of my life.

“By 2003, England had won the World Cup, and put together a run of twenty-one consecutive home victories and ten straight wins over southern hemisphere teams, a feat never before accomplished by any England team.”

How did they do it?

Why We Were Losing

“Why was rugby so far behind? Why were we so ridiculously amateur? Why couldn’t the European teams pull it together to convincingly beat the Antipodeans?

“The England set up was more about maintaining the status quo than anything else.

“Over the years, I’ve encountered many different version of inherited thinking, in business, sport and government. The symptoms are always the same: blind faith in ‘the way’, a culture that heavily discourages, even punishes, any questioning of authority, and where change is anathema; a diseased organizational culture.

“Over 130 years, the Corinthian spirit of talented amateurism prevailed, and the social aspects of participating in the game came first and foremost, rather than winning.”

“England won the World Cup in 2003 because for the first time in our history we had the most intense preparation, the most exhaustive analysis, the strongest process for nurturing a powerful team spirit and a strong, dynamic organizational culture. My aim was to set up the most professional coaching team in ANY sport.

“The confrontation of new and old, radical and conventional was pivotal to our success. By having to fight so hard for the smallest of changes, we were forced to question, scrutinize and vigorously defend everything we did. Although seemingly not helpful at the time, it was actually the greatest catalyst for innovation we could have had.

“We have had devastating setbacks, trials and tribulations; how these are handled is the mark of a great team. The first rule of coaching is that it really helps to have the raw material: quality players. No matter how tough things would get over the next couple of years, there was always someone to keep everything in perspective and keep enjoyment high.

“The training in business was second-to-none. They employed *video analysis* as a daily training tool, which is becoming commonplace in professional sport, but still in its infancy in business. In our daily meetings managers would video role-play exercises right in front of our team. Then they’d instantly play it back with instant feedback. The sales calls in real life were nowhere near as intimidating.

“Ok, I’ve got to get these boys thinking differently. Thinking like winners. How am I going to do that? One of the toughest skills to teach any athlete is how to think. How do we build on our strengths when we win and learn from our mistakes when we lose? How do I get my team’s commitment to doing what it takes to win? We’ll leave no stone unturned in our search for excellence.

What Woodward told the team

“Nothing you’ve ever done before can prepare you for what lies ahead. From this day on, it’s vital that we all start to think differently about how we train.

“We’ve got to rebuild all that we’ve ever done from the ground up with a new way of thinking. My job is to create a world-class team. My objective is to play the fastest rugby in the world. It will demand the utmost fitness and skill levels. It won’t be easy. You’ll be driven harder than you ever dreamed possible. But I can tell you this: it will be fun. If we are successful in dominating world rugby, you will consider your time with England as the pinnacle of your careers, the most exciting days of your lives.

“The All Blacks and Wallabies have fundamental flaws. If we’re to be the best, we have to learn to think and plan better than anyone else. From now on, we’ll spend more time thinking and planning than we will on the pitch.”

“What makes the difference between the winning team and the team that comes fifth? I believe that the team that wins the World Cup will be the team that has the best mindset and that encompasses new ideas and change. So we will spend a lot of time thinking and talking about what it will take to forge a winning side. The only way we are going to be successful as a team is if we all completely understand what we’re trying to achieve and our roles in making it happen.

How Woodward got England winning

“I examined my scarce resources. First, time with the players. I had 51 days in the next year – one a week – to train and prepare the best rugby players in the country to play against the best teams in the world. The pressure was to win, with one year to prove myself. The pressures of time meant there was considerable motivation to achieve more with less. For that we had to think differently.

“I began to prepare a planning document for how I would achieve our long-term goals. I believe England subsequently became the best team in the world because of one critical factor: we asked the right questions. Instead of asking: ‘how can we be victorious with what we’ve got?’ I asked: ‘’what would our organization need to have in place in order to succeed consistently?’

“They weren’t thinking like elite rugby players yet. I had to come up with a way to get them thinking differently. But how?

“We have to change the way we do things. We have to learn to think differently about every aspect of what we do, and look at it in a way others fail to notice.

“Unfortunately, inherited thinking is a curse. It’s the biggest impediment to innovation in any organisation. So before we do anything, we have to change the way we think. There are two parts to this: thinking differently, and thinking detail.

“What do you think we might be missing about the way we play, coach and manage rugby? What are we taking for granted in the way we play our game that might actually be the one thing that could give us an advantage on the pitch?”

“Our fitness coach had a simple brief: we must be the fittest and most powerful team in world rugby. Bringing good people and new ideas together with spectacular results is incredibly satisfying, yet I’m sure there was more opportunity for innovation than we had time to explore.

“Success can be attributed to how the team worked under pressure, how they understood the importance of teamwork and loyalty, and how they were willing to do a hundred things just 1 percent better.

“We’ll identify every aspect of the player experience, provide an elite environment and involve the players themselves in the process.

“We’re going to rebuild the England squad from the ground up with a new way of thinking. Imagine if you were to empty all your possessions, your entire house, onto the front lawn, then question the need for everything as you brought it back in the door. We have before us a unique opportunity to reinvent completely what it means to be a part of the England international rugby side.

“I wanted them to free their thinking.

“We began writing a book detailing everything a player would need to know about the England set up. We started canvassing the players for their ideas about playing for England, a living document that evolved over eight months and several versions to come together in its final form, known as our Black Book. We’d created the blueprint for the elite professional sports experience that would support our overarching goal of winning.

“That tour, we lost 76-0 in Brisbane, 64-22 in New Zealand, England’s worst ever defeat to these sides, and my father passed away.

“The struggle for every innovation forced us to be even more resourceful and creative in our thinking. Our Black Book is fundamental to leadership: if I started again in business or sport, it’s the first thing I’d create with a new team.

“New players didn’t know how things worked, and having to spend so much time telling everyone was causing serious problems. A black book would sort that out. It became a cornerstone of the elite culture, with months of work on design, layout and artwork. The very first page summarised everything we wanted the players to take to heart. Set out in print, my hope was that these words would be imprinted on everyone’s mind. It became their bible.” 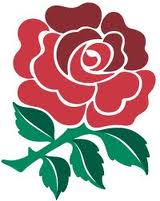 Welcome to the Elite England Squad

“We are in the business of inspiration. Our goal is to inspire all those we work with and all those who support us: to inspire the whole country. This document sets outs what we need to aspire to in the build up to the World Cup.

Our vision: to transform England rugby into the world leader by 2003

Our philosophy: to be the best in everything we do

How do you want to be remembered?

How does this team want to be remembered?”

“By the World Cup in 2003, it covered every aspect of what it meant to be a player in the England squad. It had 7 categories, 35 sections, 240 rules and 10,000 words of text. New squad players spent a long time digesting every fact so they wouldn’t let anyone down. It was a powerful tool to reset standards. 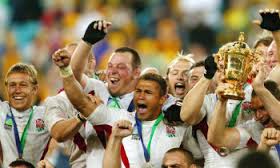 “England won the World Cup partly because we had the best defence in the tournament. We had been exhaustively analysing performance in all areas, setting standards for world-class performance behaviours broken down into 135 measurable key performance indicators. We expanded this list into posters and they form the basis of our coaching.

“The posters comprise a full and flexible summary of England’s approach to the game. When combined with our Black Book, it makes a simple yet formidable coaching combination. Although there is a complex level of detail contained within each poster, they are simple and easy coaching tools to understand, which makes communicating with new players far simpler than it ever was before.

“Prozone was one of the most advanced sorting analysis programs in the world. We had to install twenty specialised cameras around Twickenham stadium. When you look at the game through Prozone, it completely changes how you think about rugby.

“In summary, there are seven steps we followed:

“I’ve always believed that the most important job of any elite coach is to provide his players with every chance of being successful – nothing else.”

Daily video analysis, elite team culture, thinking differently and thinking detail: I think there’s a lot that school leaders and teachers can learn from the success of England Rugby.

3 Responses to England, Champions of the World